Digital Desk, Mumbai. Bollywood actress and former Bigg Boss contestant Yuvika Chaudhary found it very expensive to make a video. Because as soon as it went viral, the controversy over the actress escalated to such an increase that Yuvika Chaudhary was arrested by the Haryana Police. However, the actress was released on a police bell after a 3 hour long interrogation.

What’s the whole matter
In fact, Yuvika Chaudhary posted a video on her blog on May 25, making any derogatory remarks about the Scheduled Caste samaj. The video went viral on social media and SC rights activist Rajat Kalsan registered a case under the Scheduled Castes and Scheduled Tribes Atrocities Act against the actress in Haryana’s Thana city Hansi.

Actress knocks on HC door
According to complainant Rajat Kalsan, Yuvika Chaudhary filed a petition in the Punjab and Haryana High Court seeking quashing of the case registered against her. But, it was rejected by the court and they did not get any relief.

Hansi, Haryana | My client has joined the investigation as per the guidelines given by the High Court and she is on interim bail now (in a case of alleged offensive remarks against Scheduled Castes on a social media platform): Ashok Bishnoi, lawyer of actress Yuvika ChaudharyActress yuvika chaudhary arrested by haryana police for casteist slur in video | Haryana Police arrests actress for making video, says full case 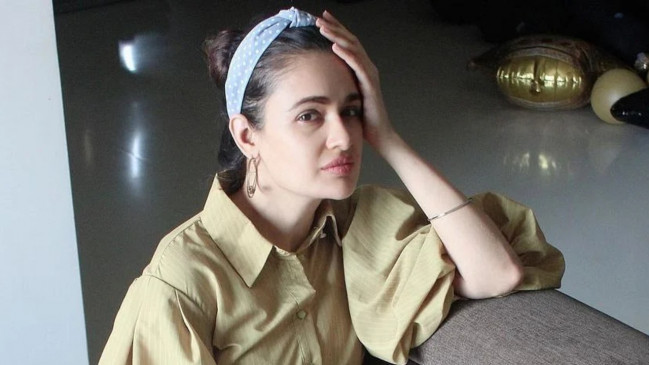 Why Yuvika surrendered
Yuvika moved an anticipatory bail plea in a special court in Hisar, Haryana, under the Scheduled Castes and Scheduled Tribes Atrocities Act. However, the petition was also rejected outright by the court on October 11. However, the Punjab Haryana High Court granted interim bail to the actress saying she would have to join the investigation into the entire case. Yuvika then surrendered before hansi police on Monday and was formally arrested by the police and released after 3 hours on bail. Yuvika was accompanied by her husband Prince Narula, her advocate and about 10 bouncers.