Bhojpuri actress Akanksha Dubey is known for her expressions and deeds. Any of his music videos or songs go viral. People love their videos. She has now shared a new dance video on Instagram where she shows Kajal Raghwani and Pawan Singh’s Bhojpuri song ‘Chhalakata Hamro Jawaniya’. His video is going viral. People are also making comments on their dance videos and are not tired of praising them. 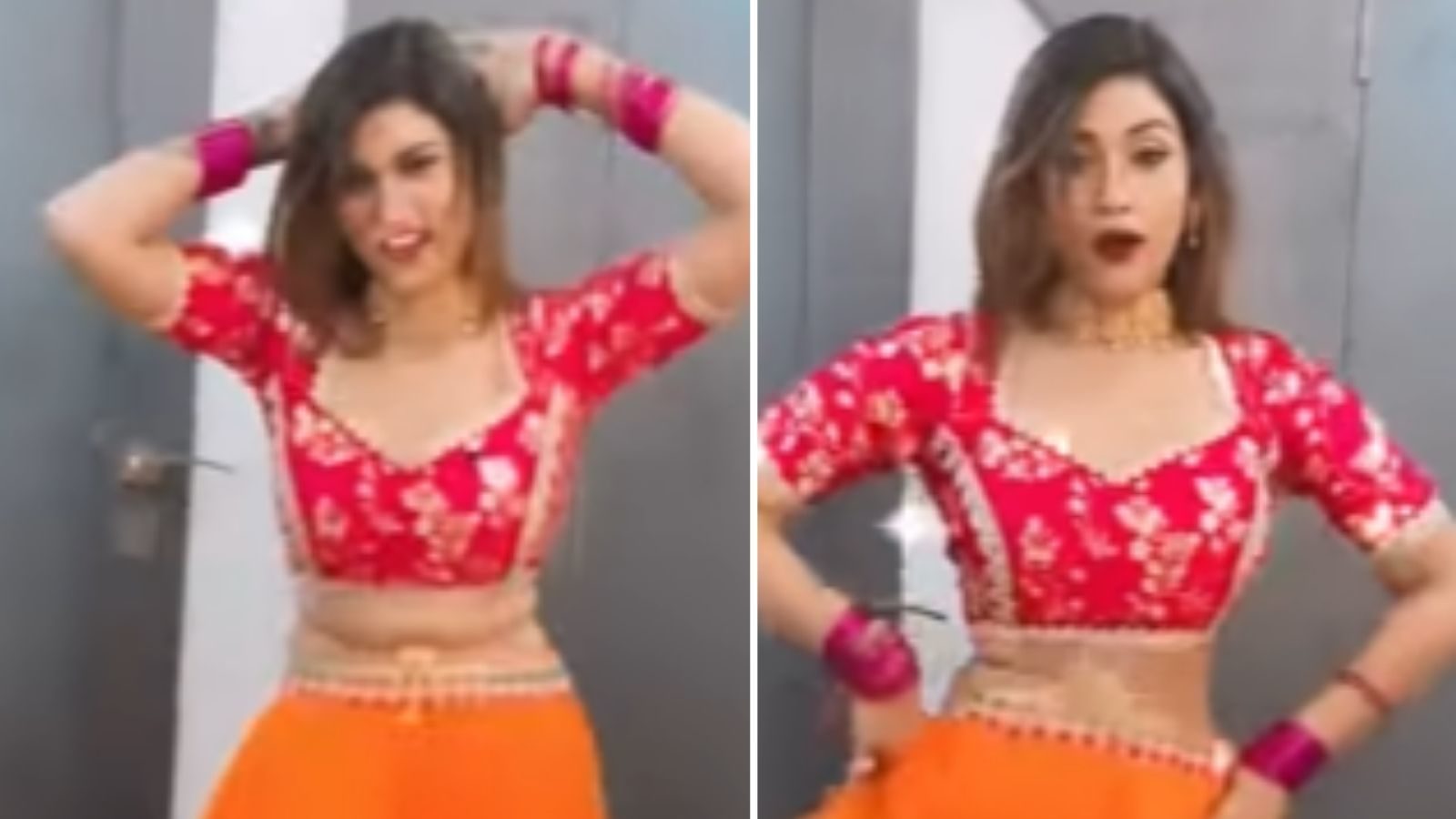 Actress Akanksha Dubey is seen in a video shared on Instagram by Akanksha Dubey that she is wearing an orange-colored lehenga to show off her dance moves. Along with lehenga, she is also wearing a pink blouse. In this, she looks very sweet in open hair and in a lehenga bodice. His video (Akanksha Dubey Dance video) is being loved by fans. People are commenting heavily on their videos. In the video, actress Bhojpuri song ‘Chhalakata Hamro Jawaniya’ is seen showing great dance moves. On seeing his video, a man wrote, ‘ You organically make the video.‘The other commented on his Look, ‘ What are you looking for. This is how people are posting comments on their videos.

Now if we talk about the original video of Bhojpuri song ‘chhakta Hamro javania’, it was filmed on Pawan Singh and actress Kajal Raghwani. The song made a splash only after its release. The video song had made a bang. Good records were broken. The song was sung by Pawan Singh and Priyanka Singh along with Pawan Singh. This film (Bhojpuri Film) was filmed on Pawan and Kajal in ‘Bhojpuriya Raja’. The lyrics are written by Azad Singh and the music is given by Madhukar Anand. The video, which was released 5 years ago, has gained over 41 crore views and over one million likes so far.