Goodfellas star Ray Liotta has passed away. At 67, he said goodbye to the world. Not only the Hollywood star fans are shocked by the news of his demise. According to media reports, he took his last breath in the Dominican Republic (Ray Liotta dies in Dominican Republic). Ray Liotta played the role of mobster’ Henry Hill ‘in the film’ Goodfellas’, which earned him a lot of name and fame. He is also known for’ field of dreams’.

Ray Liotta has been saddened by his sudden demise and has paid tribute on social media. Ray Liotta died in the Dominican Republic. Her colleague Jennifer Allen said Liotta was shooting the dangerous waters movie. During this time, he died in his sleep, although how the death occurred is not yet revealed for these reasons.

American actor Ray Liotta passed away at 67. The Hollywood film industry and its fans are in mourning with his passing.
The Hollywood film industry has suffered a major blow. American actor Ray Liotta passed away at 67. His fans and Hollywood stars are in shock with this news. He became famous after playing the role of mobster Henry Hill in Martin Scorsese’s 1990 gangster film Goodfellas. The film field of Dreams also earned him a lot of Fame.

According to reports, Hollywood actor Ray Liotta was shooting a film in the Dominican Republic, during which he died in his sleep. It is being reported that the American star was shooting for the film ‘dangerous waters’. Ray recently finished work on the film The Cocaine Bear, directed by Elizabeth Banks. The film will be released in 2023. Ray Liotta’s name was included in the Golden Globe nomination list for the 1988 film Dominick and Eugene. How the death occurred at the moment has not yet been revealed for these reasons.

All Hollywood stars to their fans are saddened at the passing of Ray Liotta. Many Hollywood celebs have paid tribute to Liotta. Liotta has left behind her and ex-wife Michelle Grace’s daughter Carson and her fiancé Jacy Nittolo. 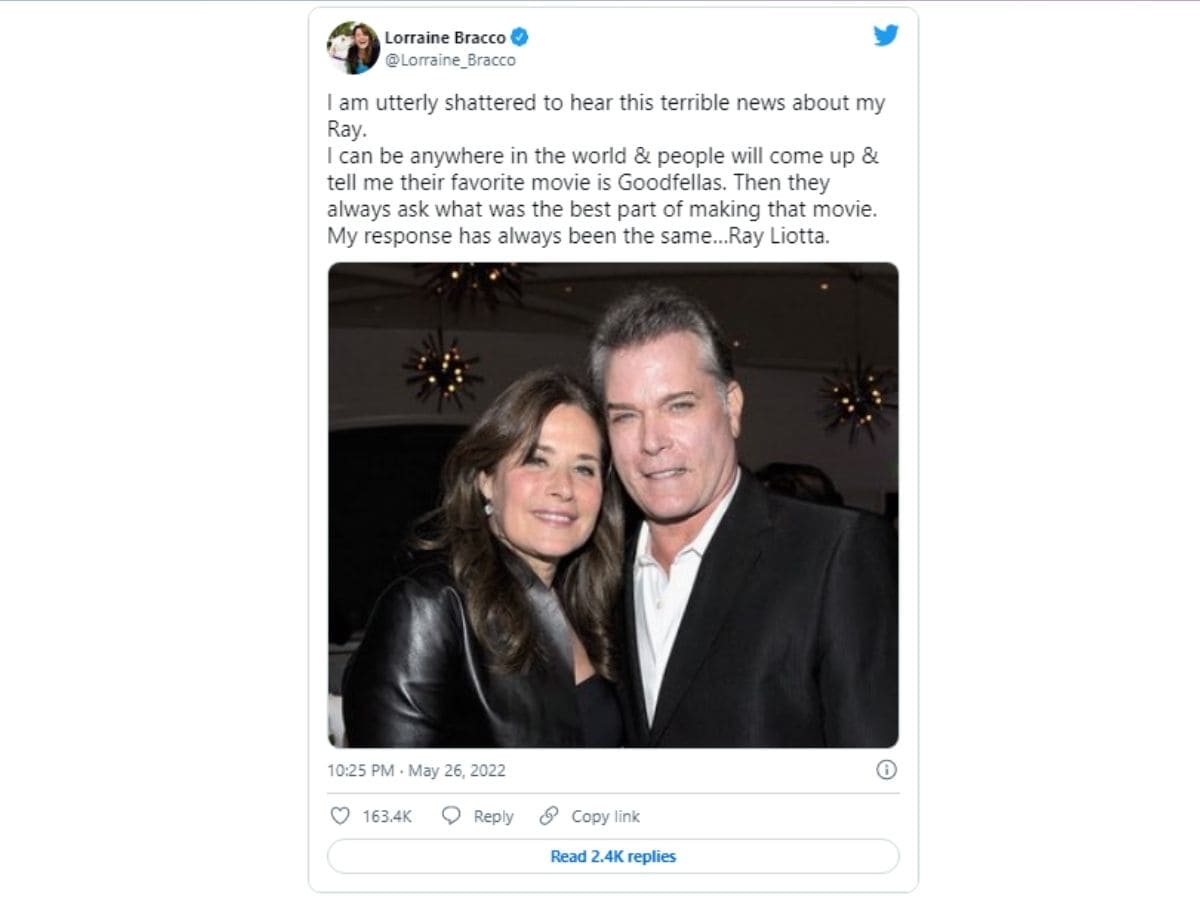 Josh Brolin shared a picture of the actor on Instagram and wrote, ‘My Friend. How so quickly? Why? Will miss you. I’ll think about seeing you often in golds, talking about what to do next, How to find something together. Work always so good and always different from the rest … yes, I will miss you, friend. Until we meet again’. 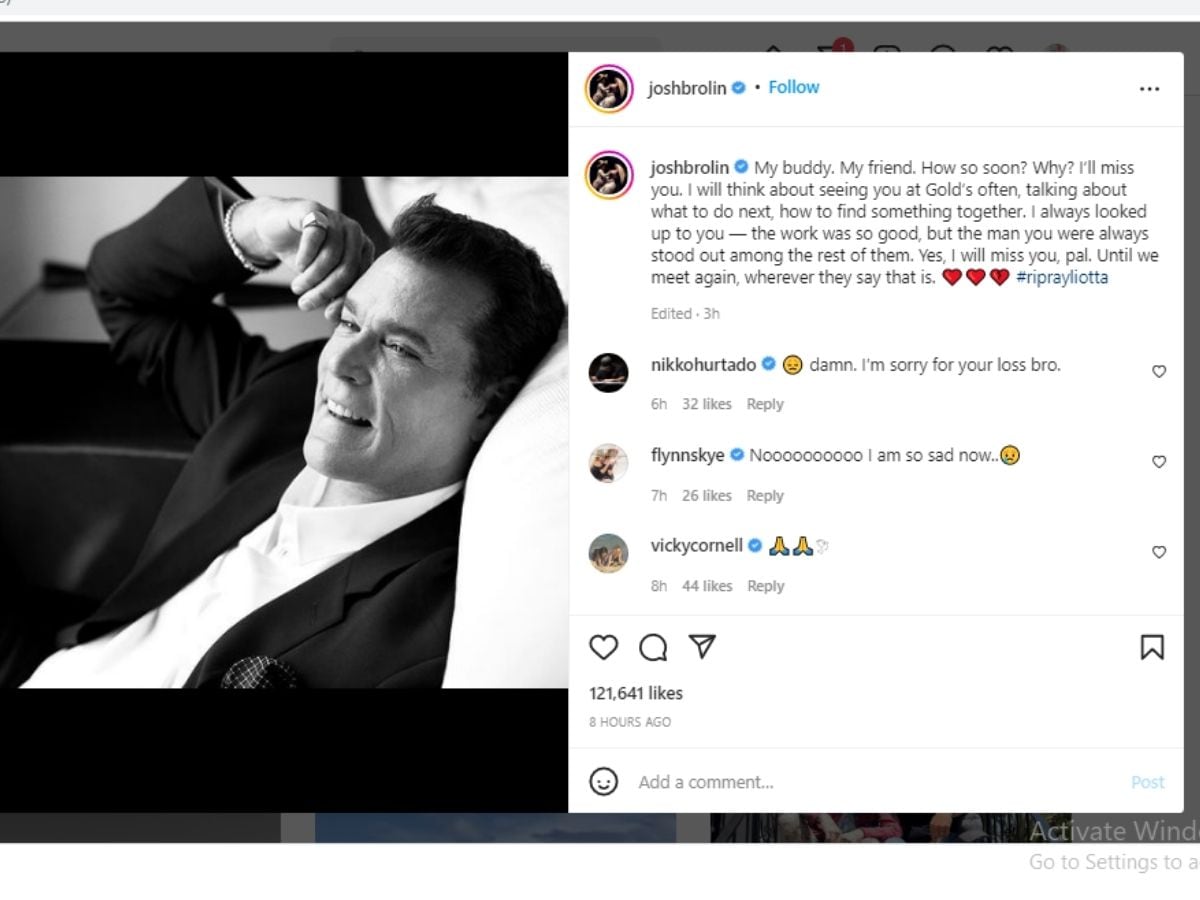 Director James Mangold, who works in identity and Coop land, also recalled him and tweeted, ‘Shocked and saddened to hear of the passing of Ray Liotta. Outwardly tough man and beyond the deep feelings of his signature characters, he was a sweet, playful and passionate colleague and brilliant actor. RIP’ 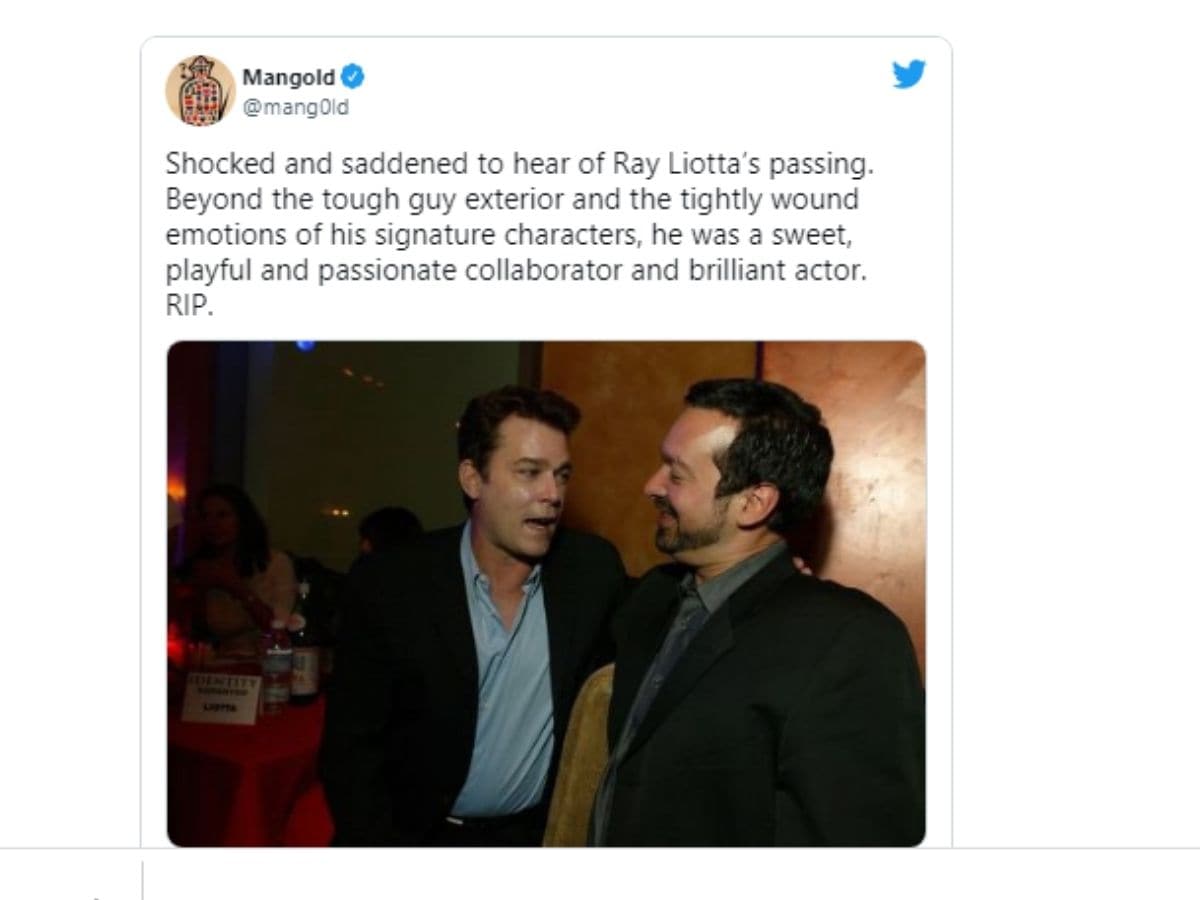 Ray Liotta’s name was included in the Golden Globe nomination list for the 1988 film Dominick and Eugene. Last year, she starred in The Sopranos prequel film ‘the Menie Saints of Newark’. Apart from this,’ marriage story ‘and’ no sudden move ‘ are also included.