During a conversation with The Kapil Sharma Show host, Amrita spoke openly about her experience working with Nawazuddin.

In the show, Kapil asked the actress about her character Kusum Devi Yadav in the crime thriller series, she said, I have seen in Sacred Games that you used to harass Nawazuddin Siddiqui Saheb. The reason for this was because in the days of NSD they teased you a lot? 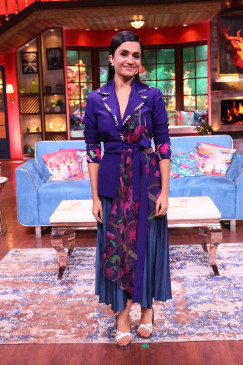 To this Amrita replied.

He said he never teased him because he is a senior actor but actually used to be the exact opposite.

He is my senior. Even though in Sacred Games he used to call me Tai Tai (Sister Sister) and had a lot of fun with me. But I have teased him onscreen because off screen he used to tease me a lot.

Amrita will be present at the show as a guest with the full cast of the film dhamash, including Kartik Aryan and Mrinal Thakur.