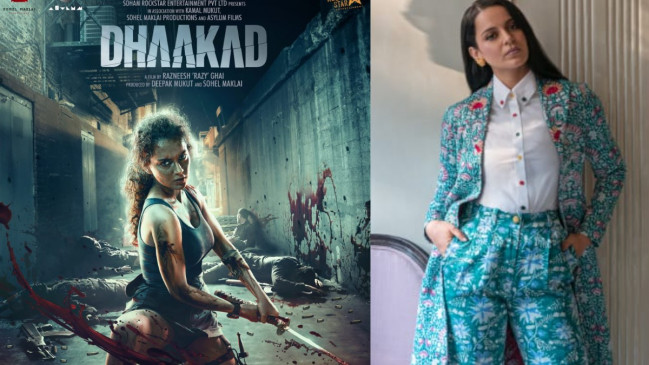 Digital Desk, Mumbai. Good news for bollywood’s outspoken actress Kangana Ranaut’s fans. The release date of Kangana’s most awaited film “Dhakdar” has come out. This has been announced by Kangana herself. The actress shared the look of the film on her official Instagram account and wrote, “She is furious, heroic and fearless. #AgentAgni is all set to set the big screen on fire. Bringing you the action spy thriller #धाकड़ that will hit the theatres on April 8, 2022!”

Kangana Ranaut recently joined the birthday and shooting of one of the makers of ‘Dhakdar’ “Deepak Mukut” at the party where she interacted with the media after launching the poster of the film. Kangana said, “Dhakdar is a spy thriller and a ‘revaluation’. Such a film has not been made in the history of Indian cinema till date.

Tell me Kangana was quite excited about the film releasing in theatres. They are happy that the country is emerging from the epidemic. Theatre is returning to the world of cinema. Kangana says, “Maybe by the time the film Dhakdar releases by April 8, 2022, theatres will open with 100% instead of 50% capacity and a crowd of people moves towards the theatre.