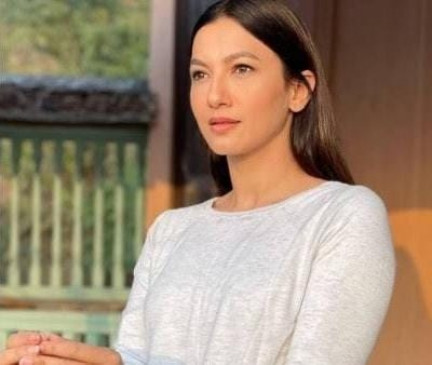 Digital Desk, Mumbai. Actress Gauhar Khan, who played Zubina in social comedy drama 14 Phera, spoke about playing diverse roles in the film. The film is about naughty wedding plans with humour and dramatics. Directed by Devanshu Singh, the film stars Gauhar Khan and Jamil Khan in lead roles alongside Vikrant Macy and Kriti Kharbanda. Sharing his experience, Gauhar said, as an artist, one always sees his abilities to achieve new horizons. I think the best thing for an actor is that you get a chance to experiment with a variety of roles that I got with 14 rounds.

I am playing an aspiring artist Zubina who plays the fake mother of both Vikrant and Kriti for two weddings respectively. I needed to portray two people older than me while maintaining the honesty of an aspiring actress, she adds. The character was elaborated for me, so I knew what I was expected to do. My favourite part about weddings is madness and fun behind the scenes. Devanshu sir’s well-organized vision for this film brings out the funniest wedding on screen. The World Television Premiere of 14 Phera will air on October 24 at 12 noon and Pictures.