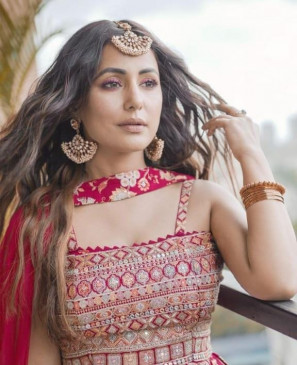 Digital Desk, Mumbai. Television actress and former Bigg Boss contestant Hina Khan recently tweeted a series of tweets questioning Bigg Boss about the behaviour of the contestants. He asked if the rules of Bigg Boss have changed for this season as he feels the reality show gives a sense of smackdown and raw. His tweet also mentioned that earlier contestants were not allowed to touch each other but now things have changed in the show and rules are being broken.

Hina posted on her social media account, “Friends, are you enjoying the hashtag Colors of Smackdown and Raw at 10:30 pm Mon-Fri. There was a time when finger ing was not allowed and what is happening now Bigg Boss? I don’t usually tweet about Bibi, but it’s a lot of fun and I couldn’t stop myself. Many of his fans came out in support of him after the tweet and expressed their views agreeing to the questions raised by him.