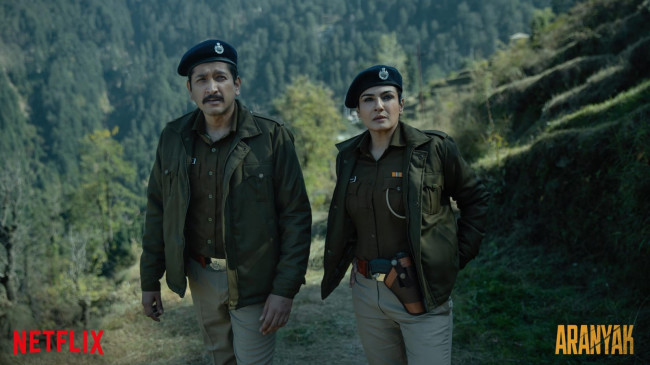 Digital Desk, Mumbai. Bollywood actress Ravina Tandon is all set to play the role of a cop in the upcoming web series Aranyak. Raveena OTT is going to debut with the series. The web series will be released on Netflix on December 10th.

The story of Aranyak revolves between a terrible forest and a mysterious city. The series teaser was released on Tuesday. The series also features Parambrata Chatterjee, Ashutosh Rana, Meghna Malik, Zakir Hussain and Indranil Sengupta.