What happened to Priyanka Chopra? Blood on the face, bruises, fans upset to see the photo
Bruises and blood on Priyanka Chopra’s face. Yes. The actress has shared her injured photo on Insta. Seeing this photo of Priyanka, fans have become worried about her. The actress looks wounded in the picture. The bruises on his face are palpable. After seeing this photo, people have started asking about the actress. Priyanka Chopra is currently busy shooting for the upcoming series ‘Citadel’. During the shooting, BTS photos are surprising fans by sharing. A day earlier, on Wednesday, the actress had shared a picture of a swollen face, in which blood was visible near her lips and nose. Fans were upset watching this picture, now Priyanka has shared another terrible picture from the shooting set on Thursday.

Priyanka Chopra has shared her blood-soaked face from the shooting set of’ Citadel ‘ on social media. Once you see this picture, no one will be shocked, but fans do not have to be surprised.

Priyanka’s blood-stained face
Priyanka Chopra has shared her selfie on Insta story in which she is ready for the next scene of her series. In the selfie taken in the break time between the shoots, Priyanka’s face is stained with blood (fake) and she is using the moment to eat ice cream. Sharing the image, Priyanka has captioned it ‘ ice cream at lunch. It shouldn’t be seen by other people’. Along with this, an eye-hitting emoji is shared. Priyanka Chopra is enjoying motherhood too
However, Priyanka Chopra has not revealed her shooting location. The actress has told that Nick Jonas and she started shooting only two days after bringing her daughter Malti home. Priyanka’s newborn daughter had to spend 100 days in NICU. Recently, Priyanka, a mother from serogacy, shared a long post on Mother’s day and wrote about her becoming a mother and going through this whole process. Apart from this, the doctor had shared a picture of the daughter telling about her family while thanking the nurse.

Priyanka Chopra to appear in ‘ji Le Zara’
In addition to ‘Citadel’, Priyanka will be seen in the action comedies ‘kouboy Ninja Viking’, ‘rom –com text for you’ and Farhan Akhtar’s ‘ji Le Zara’. In this Bollywood film, Priyanka Chopra is also accompanied by Katrina Kaif. At the moment, Priyanka is in the spotlight about her injured photos. 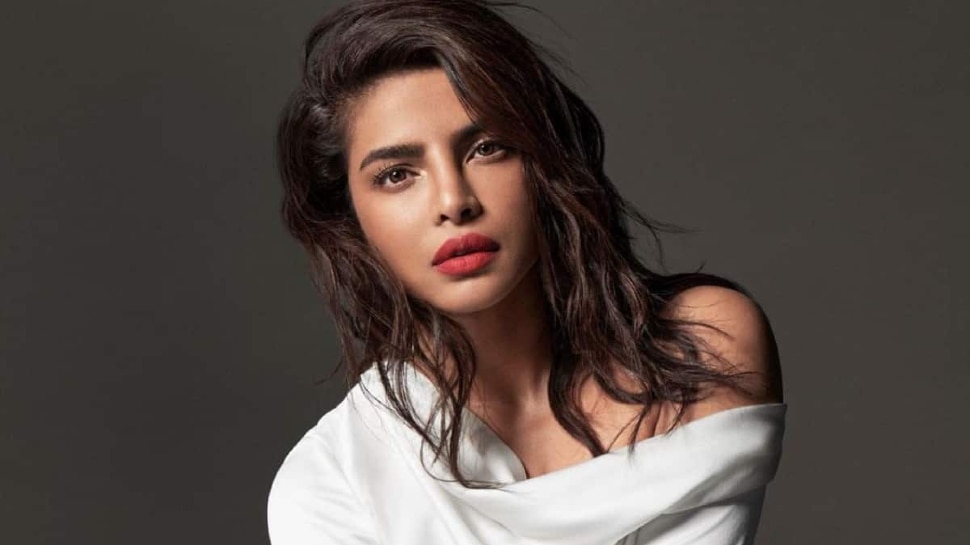 Priyanka Chopra Photo: Priyanka Chopra, who made her mark in Hollywood from Bollywood, has returned to the world of shooting these days. The actress was busy taking care of her daughter in the last days and now she has left her four-month-old daughter at home and she has left for the shooting and recently she has shared a photo of herself that has baffled the fans.

Priyanka busy shooting
Priyanka Chopra is busy shooting for her upcoming series ‘Citadel’ these days. But even during this time, she takes full care of the entertainment of her fans. Yesterday, on Wednesday, he shared a photo in which blood was visible near his lips and nose. Recently, he shared another photo in which his face is seen covered in blood.

Face covered with blood
Priyanka Chopra has shared an awesome picture of herself from the shooting set on Thursday. The actress has shared her blood-soaked face from the shooting set of’ Citadel ‘ on social media. In the selfie taken in the break time between the shoots, Priyanka’s face is stained with blood (fake) and she is using the moment to eat ice cream. Sharing the image, Priyanka has captioned it ‘ ice cream at lunch. It shouldn’t be seen by other people’. Along with this, an eye-hitting emoji is shared.

After a long time back on the set.
Let us know that Priyanka is currently busy shooting her show ‘Citadel ‘ and is seen working very hard for her. The actress has returned to work after a long time. The reason behind this is his daughter Malti. Priyanka recently shared a picture of her daughter on social media with people for the first time. In the picture, Priyanka had put her daughter to the chest. At the same time, Nick Jonas was looking at his daughter with love. The daughter of Priyanka and Nick Jonas has returned home after spending 100 days in NICU. After the daughter came home, her family now has a happy atmosphere. Fans have become upset about global icon Priyanka Chopra. Why not the actress who has shared her disturbing photo. In which the actress has bruises on her face. There is blood on his lips and nose.

Seeing this photo of Priyanka, fans have become worried about her. The actress looks wounded in the picture. The bruises on his face are palpable. Priyanka has clicked her selfie in the car. Sharing this photo, the actress wrote – Did you also have a hard day at work today? This is what happened to Priyanka on the set of her upcoming project Citadel. In the picture, Priyanka is seen in a black outfit.

As soon as this photo of Priyanka came out, people started taking the actress’s well-being. One user wrote – what happened to you, all right? Another wrote – Keep your attention, every day is a new experience. There are also some fans who showed excitement about Priyanka Chopra’s upcoming project. Priyanka will be seen in the science fiction series Citadel very soon. Richard Madden will also be seen with Priyanka. After daughter Malti Maria returned home, Priyanka has recently returned to the set of the series. Earlier, the actress had completed the London schedule of the movie in December last year.

Priyanka Chopra also has a Bollywood movie. She will be seen with Katrina Kaif and Alia Bhatt in the film ji Le Zara. Priyanka’s Indian fans are eagerly awaiting this film. Farhan Akhtar will direct Priyanka Chopra’s film. This will be the first time these three Bollywood divas will be seen together.