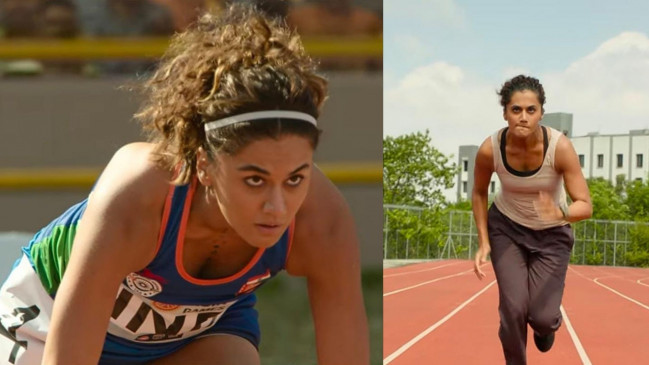 Digital Desk, Mumbai. The trailer of Taapsee Pannu’s most awaited film Taapsee Pannu’s “Rashmi Rocket” has surfaced in which the actress is seen running faster than the winds. There is no doubt that Taapsee is seen playing the best and fitbody ever seen in the film. Tell me, Taapsee priyanshu is playing the role of Penuli in the film. The whole story is based on the life of an athlete.

The trailer of the film is out on G5. Taapsee also shared it on social media. The actress captioned it, “Meet Rashmi, for whom ‘defeat is a result, try is our job.’ The film will premiere on OTT platform G5 on October 15.