Upcoming Web Series Films this week also sees interesting web series and movies coming up on OTT platforms. The film, which will show its own at the Oscar Awards nominations, is coming this week. Arjun Bijlani’s web series rouhaniyat will also be streamed this week. 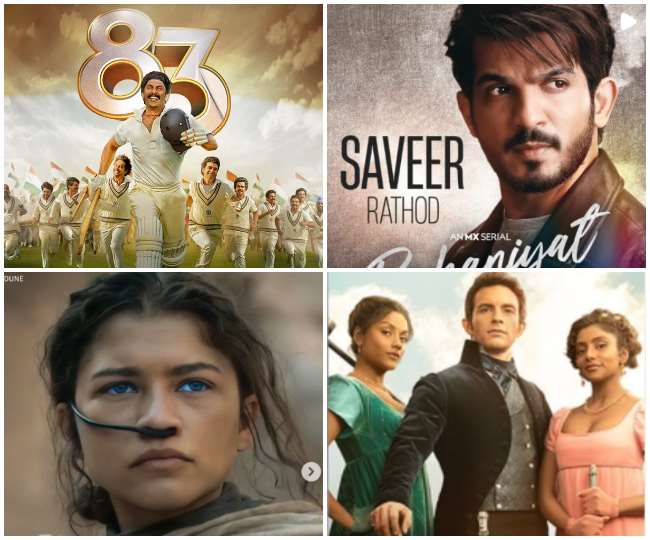 New Delhi, jnn. The release of movies in theaters has been underway and the films being released this month are also getting a lot of audience support. Rajamouli’s RRR is coming to theaters this week after the Kashmir files, Bachchan Pandey. At the same time, streaming of movies and web series continues on OTT platforms as well. This week will be a bit cold after dhaddhad comes several web series on Holi weekend. A look at the movies and web series that will be released this week-

After the TV premiere on March 20, on March 21, Ranveer Singh’s film 83 has been streamed on Netflix and Disney Plus Hotstar. The film is available in Tamil, Telugu, Malayalam and Kannada in addition to Hindi on both platforms. Kabir Khan directed the film was released in theaters on December 24. The film had collected more than 100 crore at the box office. Based on the Indian cricket team’s World Cup victory in 1983, Ranveer plays Captain Kapil Dev while Deepika Padukone plays his wife Romi Dev.

The web series rouhaniat is coming to MX Player on March 23. This romantic drama series will feature Arjun Bijlani, Aman Verma,Kanika Mann, Smita Bansal in the lead characters. The series is directed by Glenn Barreto and Ankush Mohla.

The second season of the romantic drama Bridgerton is being streamed on Netflix on March 25th. The first season was released in 2020. This season of eight episodes was quite liked. There are reports that its third and fourth seasons are also in the pipeline.

The seventh episode of the Korean web series Snowdrop will be streamed on March 23rd on Disney Plus Hotstar. Also on March 25 the wonderful springtime with Mickey Mouse series is coming. This is the second season of the wonderful world of Mickey Mouse.