Web Series Arya Season 2 returns; Disney Plus will be released on Hotstar this day

Arya is making a comeback on digital screens with her Season 2 after becoming one of the most interesting thrillers to get an International Emmy nomination for Best Drama Series. This is one of the most expected OTT series because it has a lot of interesting twists in the trailer.

Watching the trailer raises an important question – Will Arya sarin escape from her past, or will her own family once again betray her? Disney + Hotstar, Endemol Shain India and Ram Madhwani films are very excited to present Arya Season 2. Sushmita Sen will appear in the role of a reluctant gangster.

Produced for India by Ram Madhwani, the series is the official adaptation of the hit Dutch series penoja, produced by NL film (Banijay Group). Arya Season 2 will be available on Disney Plus Hotstar from December 10, 2021.

The second season of Arya will begin next to the journey of a mother who is struggling with the black world of enemies and crime, towards her family and children. Will his family remain his strength, or will his confidants stand up against him? Sushmita Sen will be seen in the role of Arya sarin and will be accompanied by actors such as Sikander Kher, Vikas Kumar, Myo Sarao, Ankur Bhatia, Akash Khurana, Dilnaz Irani in the lead roles. 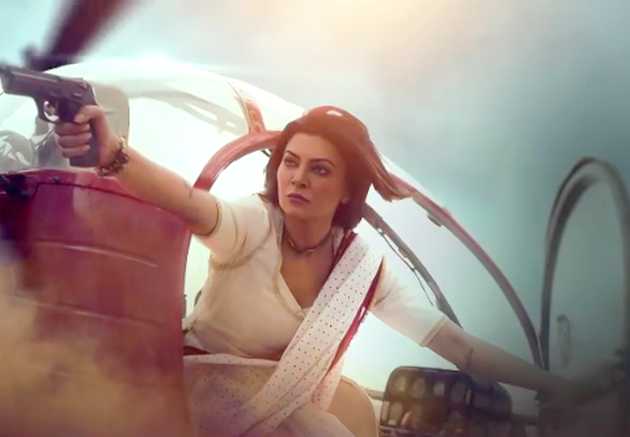 Regarding the upcoming season Ram Madhwani said, We are very excited to present the trailer of Arya Season 2. Arya’s character is a symbol of strength and weakness. He has to face his past so that he can save his family and future.

That said, in the second season viewers will see Arya in a new perspective. In the first season we saw him take the moral side over the events of his life, this time we will see him move forward in the struggle to keep himself alive. We are grateful to Disney Plus Hotstar and Endemol Shain, who gave us creative freedom to re-imagine Arya’s journey in Season 2.

Sushmita Sen said, after being nominated at the International Emmy Awards last season, we are full of energy for the second season. Season 2 is not just about a strong woman Arya, but it is about a warrior. This new chapter will reveal the character wonderfully and it has also taught me a lot as an actress. I challenged myself by playing Arya in the new avatar and I hope that viewers will like her fiery and no regretting attitude in the second season.