Digital desk, Lucknow. The All India Shia Personal Law Board (AISPLB) has sent a legal notice to producers in one of the episodes of Netflix and the web series A Suitable Boy to deliberately hurt the religious feelings of Shiites by insulting a Tajiya (a replica of Imam Hussein’s mausoleum). The web series is directed by Mira Nair and distributed by BBC Studios. It is available on the Netflix OTT platform.

The board has, through its notice, demanded that the producers remove the scene from the web series and publicly apologized. AISPLB said that a scene in the fourth episode of the series shows the deliberate humiliation of Tajiya that has hurt the feelings of not only the Shia community but all the Hindus, Hussaini Brahmins and Sunnis who follow Muharram and take out Tajiya. 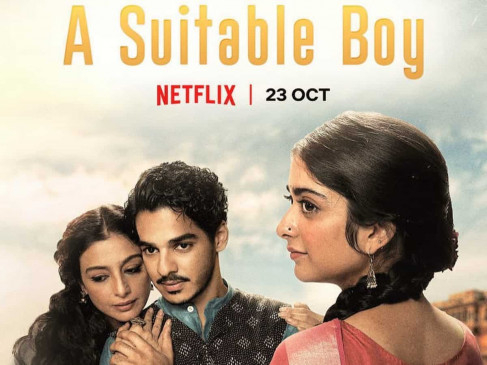 The notice said, if the said scene is not removed and public amnesty is not issued by the nominees and distributors then criminal proceedings shall be initiated against the perpetrators under Section 295A of the Indian Penal Code (IPC). This section includes accusations and actions for intentional and malicious acts, aimed at insulting the religious feelings of any class to its religion or religious beliefs. A copy of the notice for interference in the matter has also been sent to Union Minister of Minority Affairs Mukhtar Abbas Naqvi and Union Information Minister Anurag Thakur.