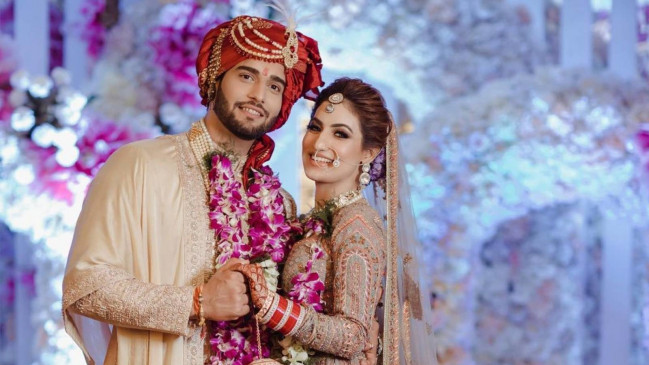 Digital Desk, Mumbai. Abhishek Malik, who played Rohan in the popular television industry show Yeh Hai Mohabbatein, is married to his girlfriend and the actor has revealed this while posting a wedding photo on social media. Rohan aka Abhishek’s girlfriend is a stylist and also runs a boutique.

Tell me, Abhishek and Suhani Chaudhary got married on October 18, 2021. However, he had his function quite private. Abhishek shared his photo and wrote in the caption, ‘Mr and Mrs Malik’. He also shared red coloured heart emoticons.

Abhishek Malik and Suhani Chaudhary had their stop on January 26. The actor also shared a photo of his engagement and mehndi ceremony which fans are loving. Many celebrities and fans are congratulating the two on seeing them together.

Abhishek is wearing a golden coloured sherwani while Suhani is wearing a pink lehenga. The actor was last worked in ‘Pinjara Shousurati Ka’. Suhani has a boutique of her own.